Outdoor recreation, Family fun, Firearms, Pistol, Ammunition,
Here it is folks. The range day AAR on the Atibal Sights MCRD. Told a Marine buddy what I was up to. He insisted on participating. "You bring your toys, I'll bring mine." Hell, done deal. Get the chance to destroy stuff wholesale in the name of "T&E" and chill with a brother? Done. First run, we talked it out. Are we going to plunge this thing off of a 50ft cliff? No. We are going to test it under conditions we consider to be NORMAL prepper/shooter usage. Reality based evaluation as we do with all things. Grabbed gear, weaps and kit. Tossed it in the rig and drove the back gravel roads. [gallery columns="4" size="medium" ids="1883,1882,1884,1886"] Got to the range for a two part experiment. Using a YHM EOTech mount, attached the sight to a JRC 9mm carbine I bought and hopped up a bit. Using the YHM base will keep the sight stably mounted and allow for the multiple weapons we were going to beat this sight with. Took it the range and got in a solid zero at 25m. Took 10rds and a few adjustments. Easy to do with the way the sight is set up. We decided to use the MCRD's built in light sensor as we were going to move from overhead cover into direct sun. Put 300rds of 9mm through once zero was established. Zero malfunctions and the MCRD confidently held zero - no questions asked. Played around a bit more and called it a day. The real test yet to come. [gallery columns="2" size="medium" ids="1887,1890"] Came back on Day 2 with "The Pile" ready to put this little thing through it's paces. It's going to earn it's keep today or it's headed back, head hung in shame. Dismounted the sight and placed it first on the FN TP12ga followed by my friend's 870 Custom. We put over what must have been 100 rounds through the shotguns during various drills. The MCRD is not going to be changed for zero. We just wanted to see where it would be after beating on it all day. We used 00 buck for the most part, but transitioned out to 25m targets using slugs. It's almost as if the sight enjoys punishment. We both anticipated it to start blinking out or somehow die. Not today? Ok, then. Let's move on. You're going on the AK next. [gallery columns="2" size="medium" ids="1889,1884"] Placed the sight next on the Arsenal SAM7R. POUNDED ammo to this thing. Fired an estimated 250 rounds, treating the Arsenal the way an AK usually gets treated. No changes this time, either. Using the AK's already mounted scope rail and moving some parts around (as you can see), the MCRD still running strong at the end of the available AK ammo. Hmph. Still won't die, eh? We'll just see about that. [gallery columns="2" size="medium" ids="1888,1891"] Next on deck was my AR. Had a half dozen magazines to go through. Made the changeover and commenced the beating. A few hours and a few bottles of water later, the MCRD continues to impress. So now the question is: "Did it survive the day?"  Time to reattach it to the JRC and see whether this thing is worthy of going in the kit. Swapped over and conducted zero check. Well, damn. Looks like the new kid is here to stay. Proof is in the pudding. A few shots just for the sake of it. Then using available real estate on the target to see what's what. [gallery columns="2" size="medium" ids="1895,1894"] This sight is without doubt one of the best up and comers I'm aware of. I honestly fully expected this thing to fail. We were NOT nice to it. Boasting a LIFETIME warranty, where can you go wrong? I'm very eagerly looking forward to seeing Atibal Sight's next offering. If it's in the same ballpark as the MCRD, I'll be coming back here to tell you. Here at Crisis Application Group, we KNOW that people aren't made from money. Every dollar counts. This is what initially drew my attention to Atibal. I consider it time well spent and I'm confident you will, too.

The plan is to revisit this subject in six months to see where this sight is then. My bet is still going strong. We shall see. www.atibalsights.com [caption id="attachment_981" align="aligncenter" width="640"] 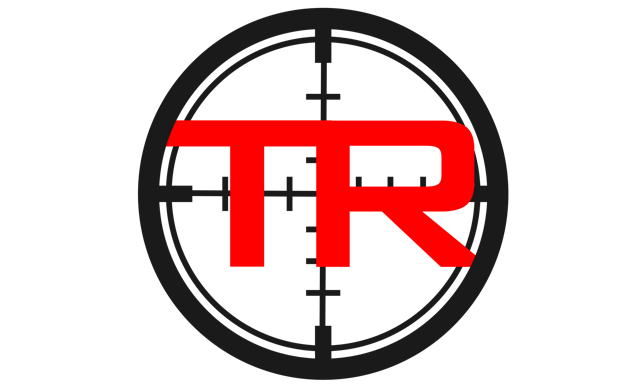 To avoid encirclement after weeks of fighting, a regional governor said Friday that Ukrainian forces would retreat from the city of Sievierodonetsk.

An earthquake with a magnitude of 5.9 hit the province of Paktika in eastern Afghanistan, leaving 1,000 dead and 1,500 injured.

Volodymyr Zelenskyy finds hope in the possibility of Ukraine joining the European Union. Its candidate status, however, does not guarantee membership.

Ukraine drew wide support for its candidacy, which starts a yearslong path toward cementing a closer relationship with the West. Thursday recap.

Signature management is the ability to blend into your environment using different types of equipment or tradecraft. It is used to deceive your enemy’s observation equipment or mask your presence...